After the 14 hour train journey, we made it to Berlin at 9am. We grabbed an Uber and went to the hotel we had booked, the NH Collection Checkpoint Charlie. We try to walk everywhere we go, and while the hotel wasn’t far driving from the station, it would have been walking with our bags. 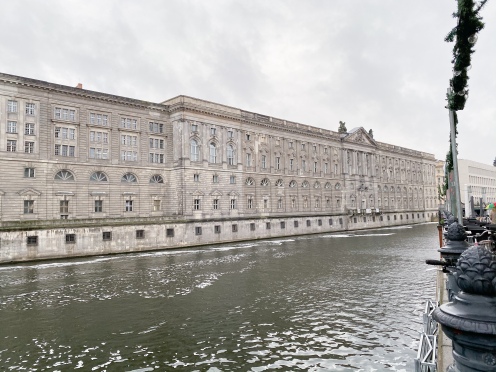 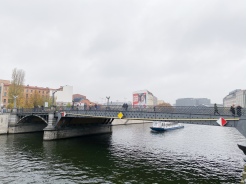 We didn’t think we’d be able to check in early, but thought we would try. We were pleasantly surprised when we were given our room. We had a much needed shower then headed out to Check Point Charlie.

It was a block down from our hotel. As soon as you turned the corner you saw historical signs, photos and the check point. They had a mini museum that you could walk through that had all the information on the wall and artifacts from that time. 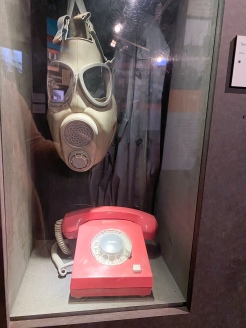 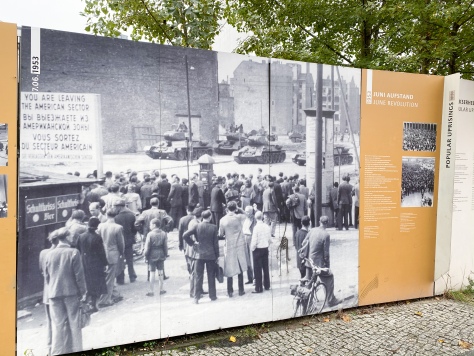 From there, we walked down to Potsdamplatz and came across the museum of torture on the way. It is located where the SS headquarters used to stand. You could still see the cellar walls as well as where the Berlin Wall was built on top. The museum was free so we thought we would take a quick look. Inside had the history of WW11 along with so many heart wrenching photographs. 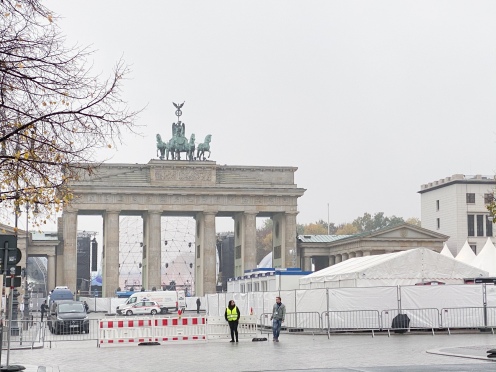 When we were done there, we wanted to walk through the Tiergarten but it was blocked off for the celebration later that evening. Due to that, the Brandenburg gate was also blocked off. 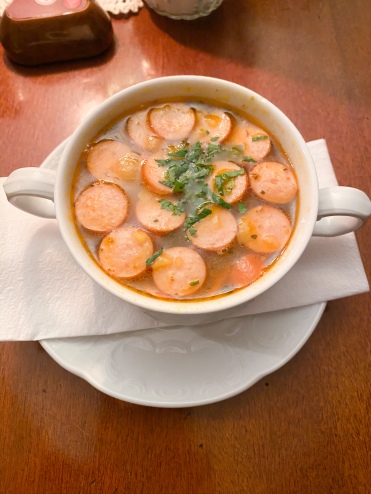 Chris and I decided to explore the city by going up and down different streets. We ended up at the Reichstag building, then Alexanderplatz before finding a historic restaurant for lunch. We both ordered potato soup to start, and then sausages and sauerkraut. It was sooo good. 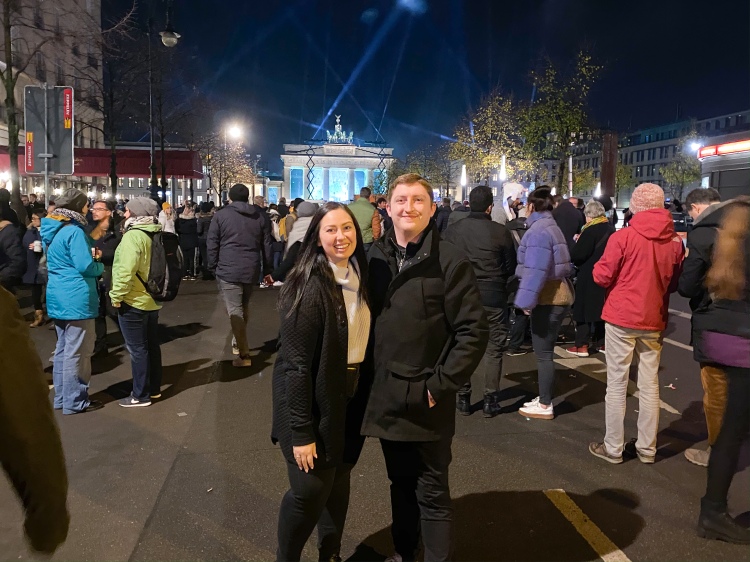 By this time we went back to get ready for the celebrations that evening. We were a bit surprised that it wasn’t a big street party where everyone got together as we expected. Instead it was 7 different locations putting on different art exhibits and music that finished exactly at 10pm.

All in all, we had an amazing time in Berlin. It is definitely somewhere we would go back to see more of.

One thought on “Berlin”