From Amsterdam, we got on a train to Cologne where we would transfer to our night train. This train took about 3 hours. Our night train was from Cologne to Basel. This took about 6.5 hours. We booked our reservations far in advance for all of our trains and got our own compartment that was blacked out so we could sleep. Once we got to Basel, we boarded a train right away to Bern which was about an hour.

Once we arrived in Bern, we locked up our bags at the train station and went on the hunt for coffee and breakfast. 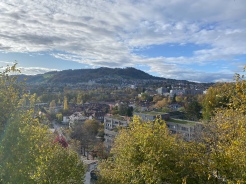 The city is stunning, but I think it would be better for a quiet weekend away where you have no time constraints and can do everything at a slower pace. Everything opened at 11am or 12pm so we weren’t able to do much but walk around the streets. 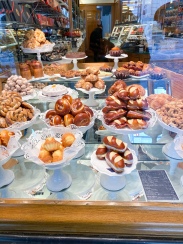 We saw where Einstein lived and the massive clock in the old town. The palace and cathedral. This only took us to 10am. With only a few hours in Switzerland, we wanted to make the most of our day and not feel like we had to fill time. 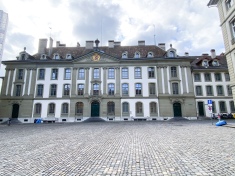 We had a connection later in the evening in Zurich and with the flexibility of Eurail, we were able to hop on the next train there instead of waiting.

The train to Zurich was just under an hour. The scenery was unreal. I’d love to go back and do a whole vacation training around Switzerland. 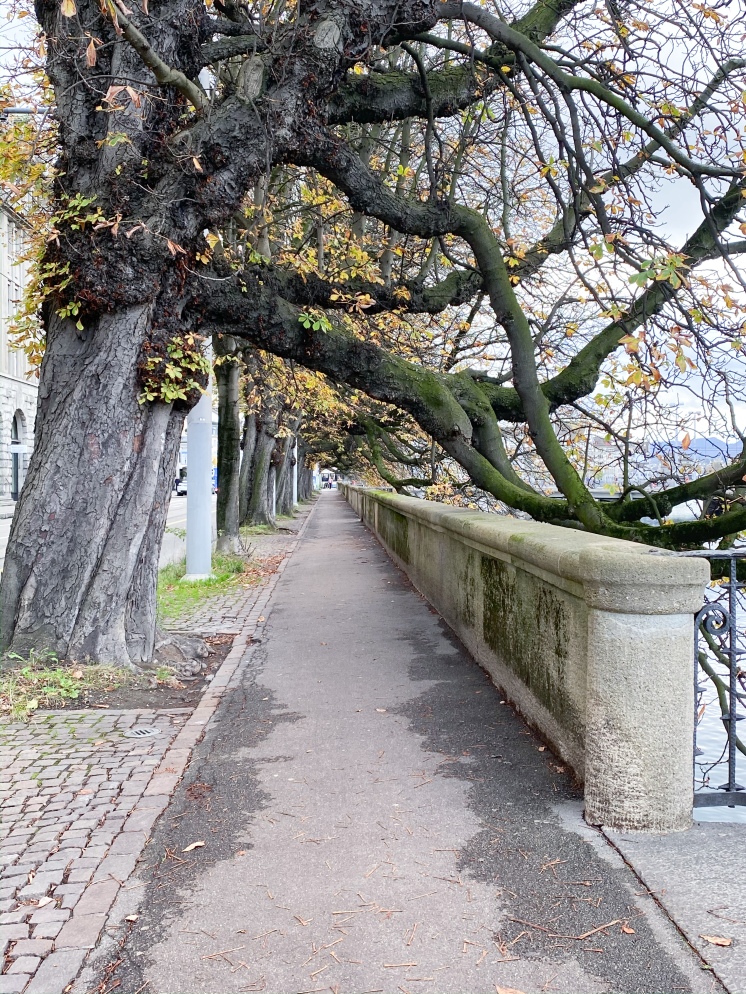 Once we arrived at Zurich (and of course, locked up our bags) we went to a museum of history across the street. It was really neat because it was part of an old church, but also had a new building attached to it. We ended up spending most of the afternoon there. 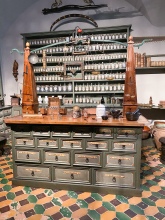 Before our train to Italy, we found a little Chinese restaurant to have a late lunch. We shared sweet and sour pork and fried noodles while sitting outside and people watching.

One thought on “Switzerland”