While we were driving to Sedona from Phoenix, we noticed a billboard for Out of Africa: Wildlife Park. We figured if we had some downtime, we would look into it. When we arrived in Sedona, we looked it up, and it looked great. Since it was my birthday month, admission for me was free. We would be able to do a tonne of fun things, like go on a safari, and watch animal shows.

The wildlife park was in Camp Verde, a short drive away from Sedona. When we arrived near the park, we were a bit confused seeing watch towers all around. Until we were a bit closer, we realized right beside the park was a court and prison. I guess if people try to escape, they have lions and tigers to deal with?

It was such a hot day, so we knew our zoo day wouldn’t be a long one. We went in and paid our admission (for Chris) and decided to pay $5 each so that we could feed the tigers. The woman who helped us was great. She told us exactly where to go and at what times, so that we could make the most out of our trip, in the least amount of time. 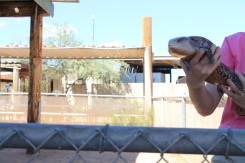 First, we took the park shuttle from the main gates to the critter show. We were shown, and able to touch reptiles. Right after the show, we were taken back to the main gates so that we could board the safari bus. 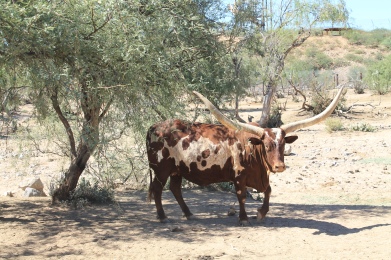 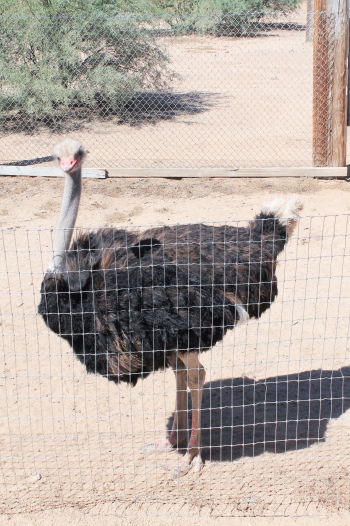 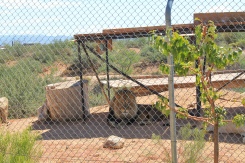 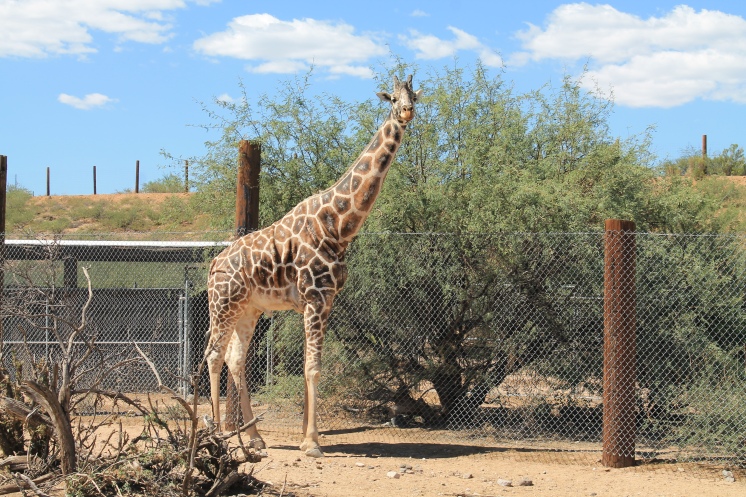 We were given a piece of celery to feed either the camel or the giraffe. The entire group was taken through two sets of gates into an open area where the animals could run free.  We saw zebras, sheep, goats, buffalo, ostriches, camels, and my favourite, the giraffe. I had saved my celery to feed the giraffe, which I got a chance to do! 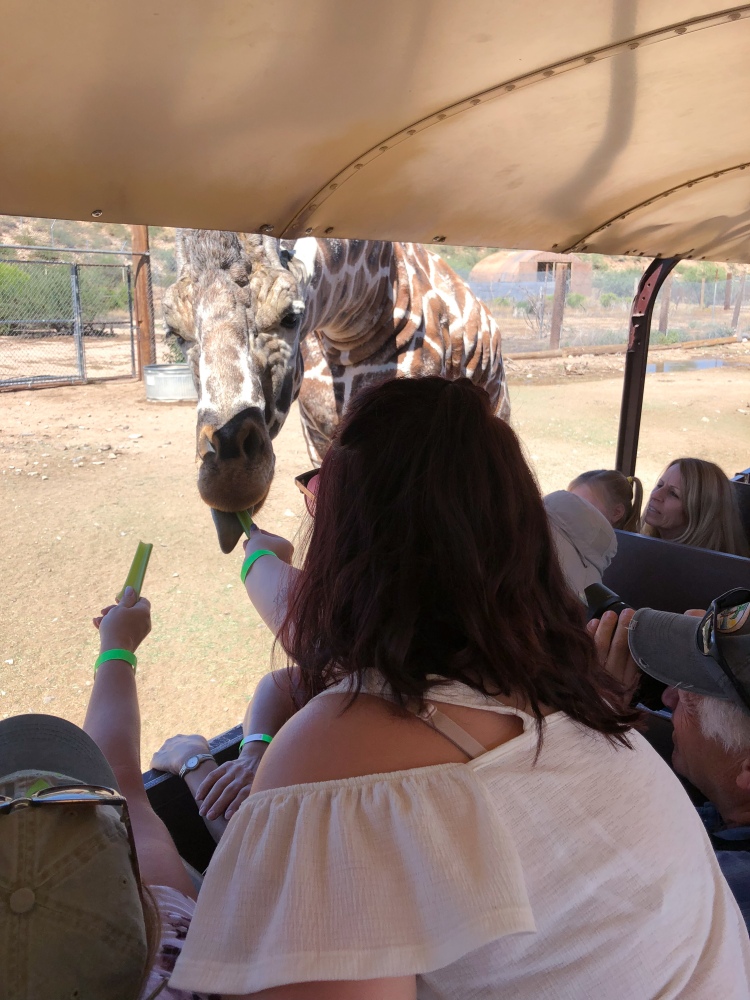 Chris and I were on the safari for about a half an hour before we were taken back to the main gates again, to get another shuttle to the tiger splash show. This show was basically just tigers running around chasing different toys into and out of the water. It was cute to watch. 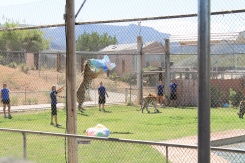 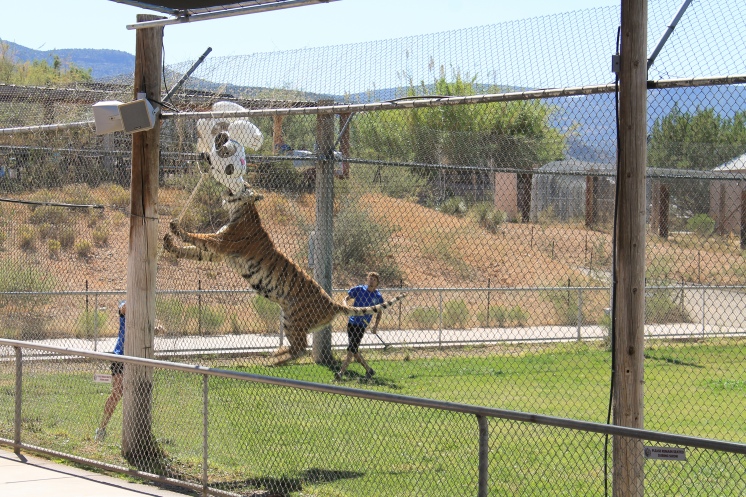 To end our day, after the show, we got ready to feed the tigers. The staff put a piece of meat onto a metal device, that was halfway through the fence. We then pushed the meat towards the tiger and then it ate. It was really breathtaking to be so close.

All in all, the park was really neat. We enjoyed our unplanned trip to the wildlife park. If you’re ever in the area, I highly recommend stopping by. Especially if it’s your birthday month!