My friends, ‘the j-girl’s’, know me so well. For my birthday in September, they bought me a gift card to Hy’s Steakhouse in Vancouver. They know I love trying new places to eat and having a reason to go. Chris and I were so excited to go and try it a few weeks ago. 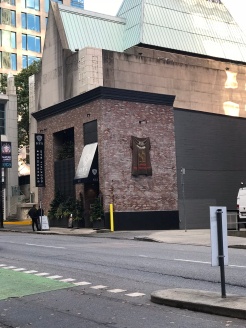 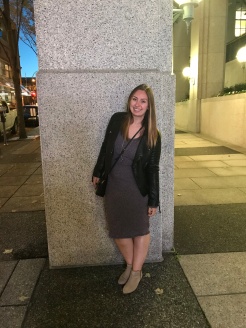 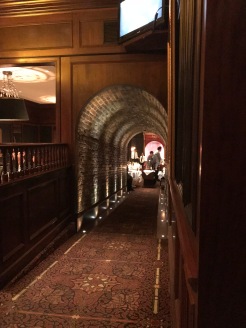 Hy’s can be easily missed. It is a small stand-alone building that you wouldn’t really notice unless you were looking for it. As soon as you walk in, it is extremely dark. It does take a few minutes for you to adjust to the dim lighting. However, as we walked to our table, it was like we were being taken back in time. We walked through a stone tunnel-like hallway and sat in the dining room. It honestly felt like we were back in medieval times. It was so neat.
First off, the service was incredible! I have never been anywhere where the staff is so attentive. They were so informative about the menu and would make any changes that you may need. If your water were half empty, they would come fill it up without being asked. I don’t think we ever had an empty glass on our table. 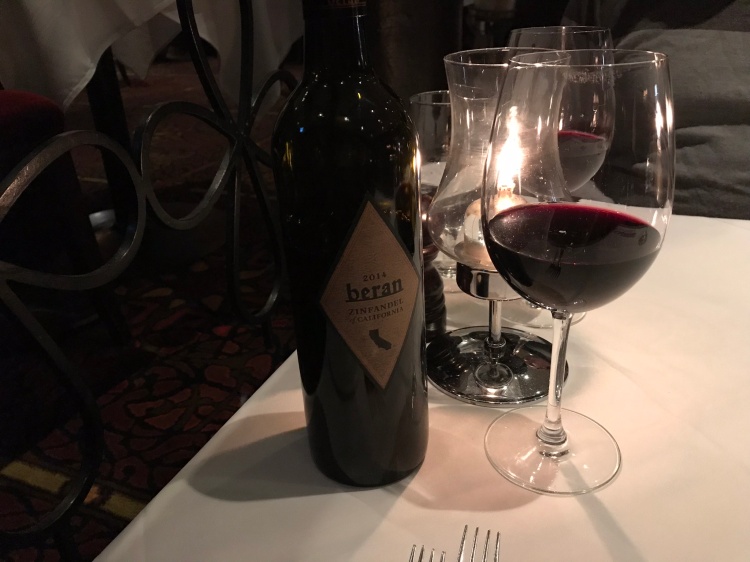 Since we had a gift card, we thought, why not splurge a little and get a bottle of wine. We had chosen a mid-priced bottle of red. After a little while, our server came back and apologised that the bar couldn’t actually find that bottle. Instead, we were given a more expensive bottle but promised we would only pay the price for the bottle we had originally chosen. 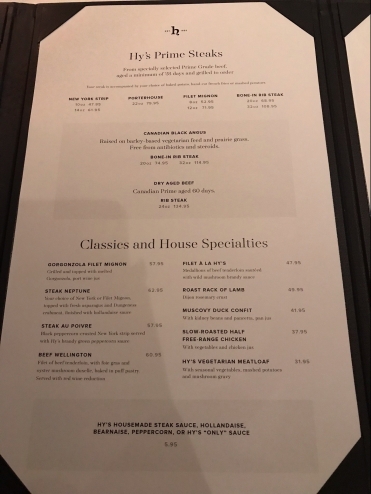 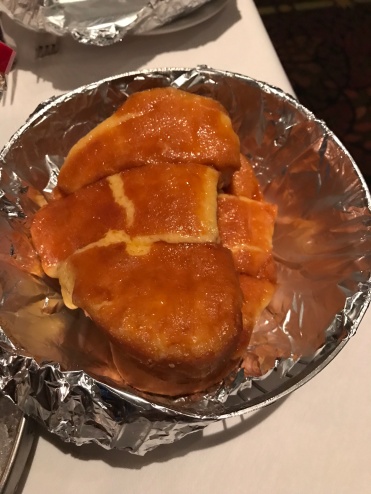 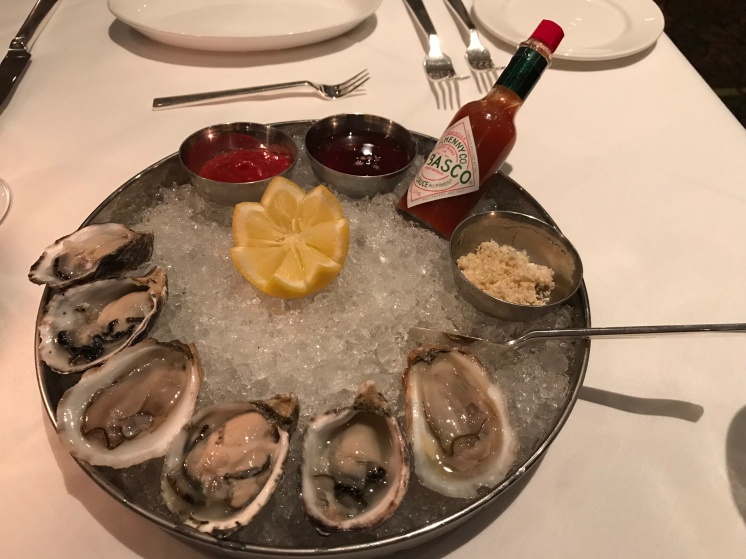 To start, we ordered oysters and cheese toast. The cheese toast is a must have if you ever come here. It is unreal.
For our entrees, I ordered the duck breast, because, let’s be honest, how often do you get to have duck breast. Chris ordered the mixed grill that was on special. This consisted of three different steaks and a pork chop. Our food didn’t take long to come. It also didn’t stay on our table very long. The food was melt in your mouth delicious. It was the kind of food that makes you want to try everything on the menu. 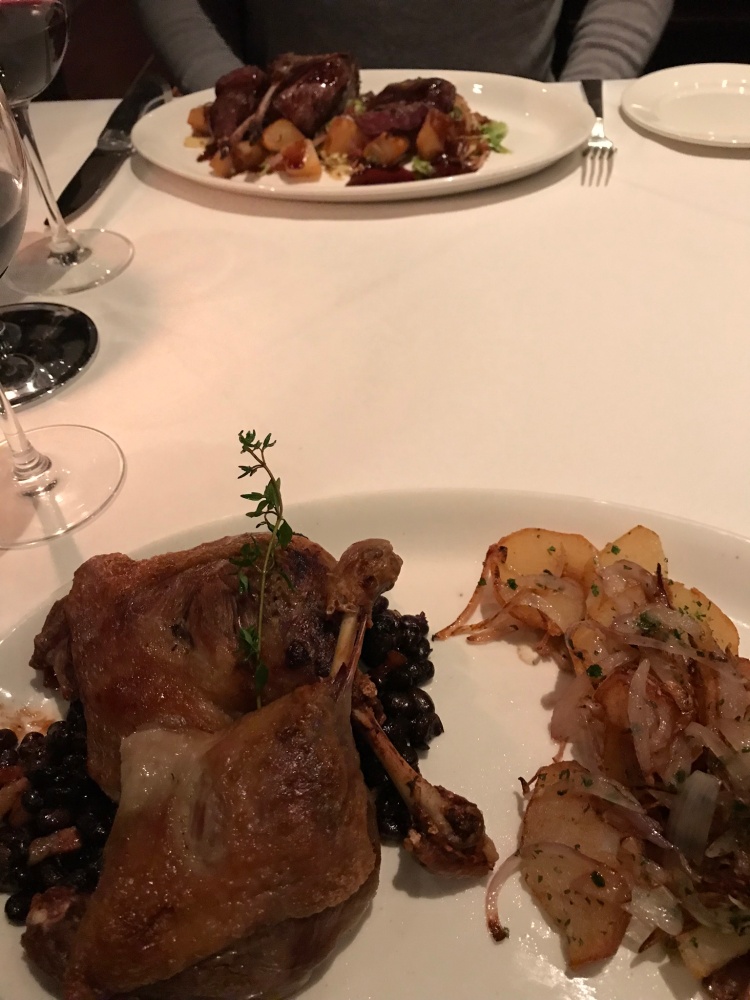 To end our meal, we each ordered a dessert. I ordered a Belgian chocolate bourbon cake, and Chris ordered the bananas foster. His dessert was made tableside. It was so much fun watching our waiter flambe beside us.The dessert was just as good as our dinner and starters. 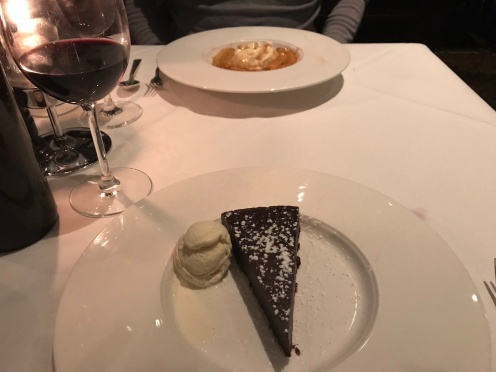 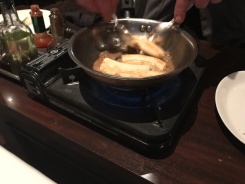 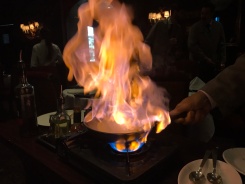 Once our bill came, we were surprised that we were only charged $30 for our bottle of wine, which was even cheaper again than we thought we would be paying.
Hy’s is a bit on the expensive side, but if you just want to try it, I recommend going at lunchtime. However, if you want a nice date night out, definitely come here.