To finish off our trip, we ventured outside of downtown Montreal to visit Old Montreal. Since it would be such a long walk, we took the Metro which was a direct route. As soon as we arrived, we went directly to the original Bank of Montreal. 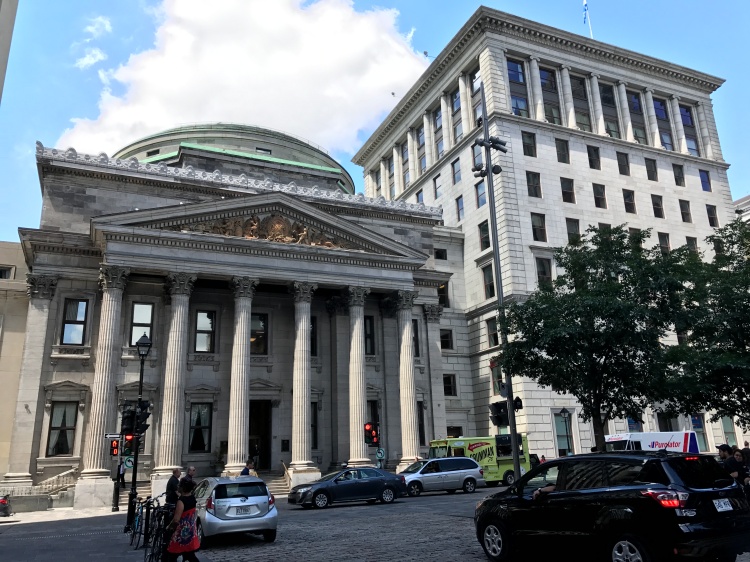 The bank itself isn’t hard to miss, it is found directly across from the Basilique Notre-Dame. The original BMO is still a functioning bank, so tourists stick out like a sore thumb there. However, it was completely worth the awkward stares. The architecture inside was amazing.
After the bank, we walked across the street to the Notre-Dame. The line to get inside wasn’t long. The only catch is that the $6 entry has to be paid in cash, something I never carry. I have been inside the Notre-Dame in Paris, France, but I definitely think the one in Montreal is way more impressive. If you’re ever in Old Montreal, you can’t miss this stop. 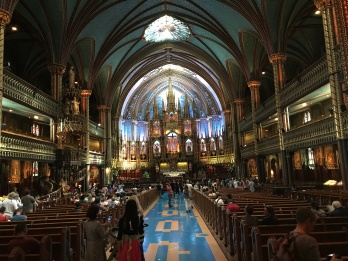 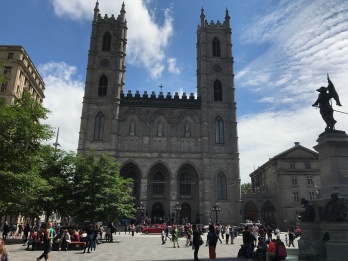 After touring the church, we decided to explore the rest of this part of the city. We wandered down the cobblestone streets, admiring all the boutique shops and cafes. As we were walking towards the old port, we came across the archaeology museum.
The museum was really neat. It was all underground and was on top of the actual ruins of the old city. It was broken up into many different sections, which took a few hours to get through. 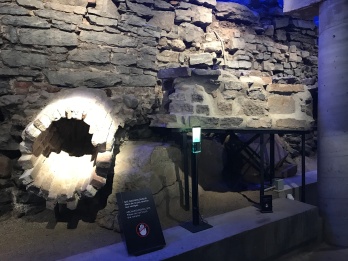 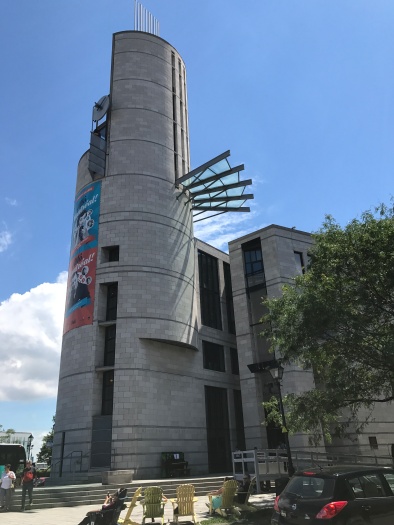 We were quite drained, and hungry, so we went searching for a bagel cafe before heading back to downtown Montreal.

To end our trip, we went for dinner at Bier Markt. It was about a 15 to 20-minute walk from our hotel, but it was nice to wander throughout the city. Chris and I love food, so it was hard to decide what to order when everything sounded so good. We decided to order a bunch of appetisers and flights of beer and wine.

The food was fantastic, and we had been there so long enjoying the drinks and atmosphere, we agreed to order dessert as well. I couldn’t decide between two, and Chris wanted another, so we ordered all three!

It was a perfect end to a perfect trip. Not only was it eventful (have I mentioned we got engaged!!!!), it was a trip that I will remember forever.

One thought on “Montreal Day Three”