Chris has always loved rugby, even playing when he was younger. I had never even watched a rugby match on TV, let alone live. We thought it would be fun to go to the annual Good Friday rugby match in Wigan against St. Helens.

We all got on the train from Burscough to Wigan to make the 20-minute walk to the stadium. As we walked from the station, the crowds grew larger and larger the closer we got.
There was a line up to get in the stadium that continued all the way to our seats. We were seating on the top of the stands, which was great because we didn’t get hit by the rain.
The energy, excitement and atmosphere was like nothing I had ever experienced. The fans, you could tell, live and breathe rugby. The chanting and the enthusiasm are enough to make anyone, even myself, more into the match. 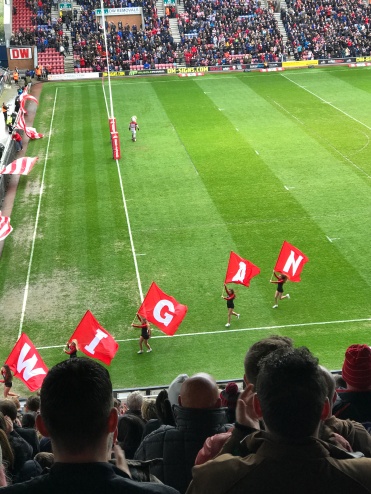 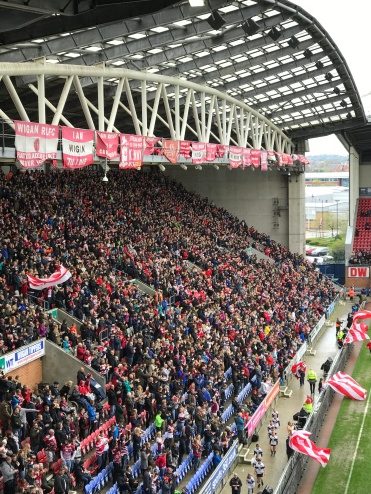 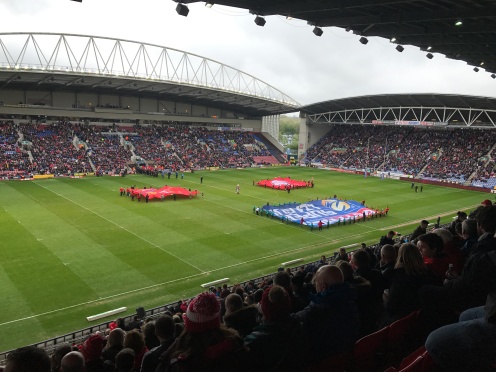 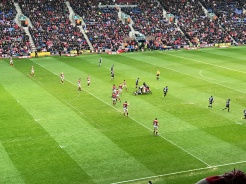 We drank beer, ate sausage rolls and meat pies while we watched the match. It didn’t last as long as other sports that I’ve seen, but it was definitely full of action.

In the end, Wigan won which meant the whole place was on a high.