Chris has everything, so picking something to get for his birthday was hard. Instead of buying him a thing, I decided it would be better to take him away for a weekend. We have talked about going to Seattle, and exploring, ever since Chris moved here two years ago, so as a surprise, I booked a hotel right in downtown Seattle and treated him to a weekend away.

We left early in the afternoon on Friday and drove straight to the hotel. It isn’t a super long drive, as it only took us about three hours, including going through the border. We checked into the hotel I chose, Hotel 5 by Stay Pineapple. We had never stayed at this hotel chain before. It was super cute and definitely somewhere we would stay again. 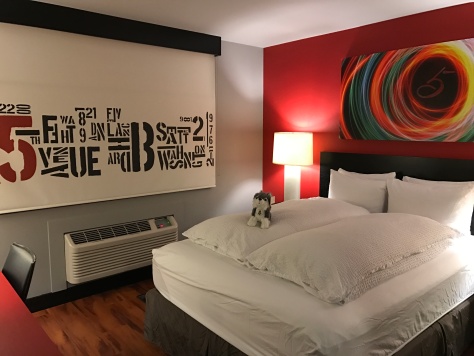 We settled in and decided to go explore the city. We walked to the Space Needle and then we realized how hungry we were. We wandered around until we found a Cheesecake Factory where we stopped for dinner. After dinner, we decided to call it a night in hopes to have an early start in the morning. 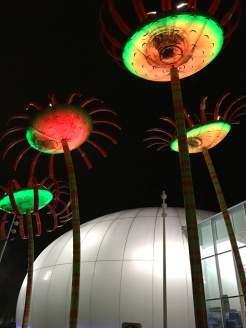 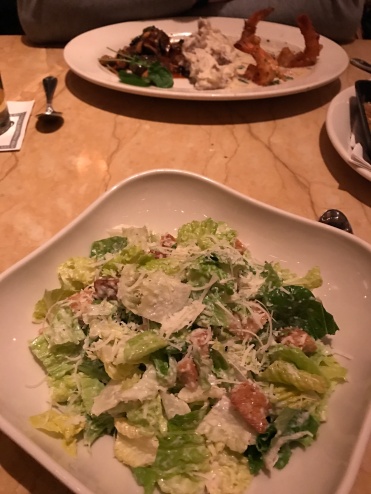 We woke up around 9am and went straight out. We stopped at a Starbucks on the way to the Space Needle to grab a coffee and croissant. When we arrived at the Space Needle, we decided to spend the extra $10 US to be able to go up during the day and night.

The view from the top is incredible. You can see the entire city from every angle. It is beautiful.

After the Space Needle, we took the monorail to the city center to walk our way down to Pike Place Market. We walked around the market for a while before making our way to the very first Starbucks. There was a line, which wasn’t a surprise. Chris and I agreed, since we were there, we should wait too. 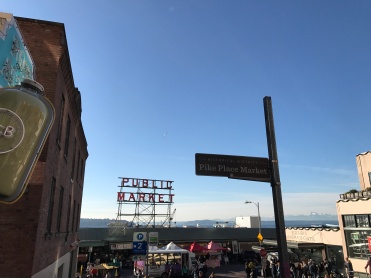 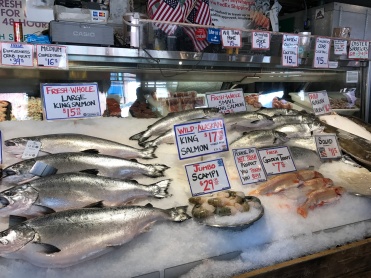 The line didn’t take very long and there was a jazz band playing for entertainment. Once we were in, we bought a special mug and two Pike Place Coffees. 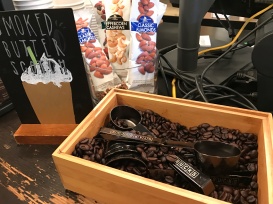 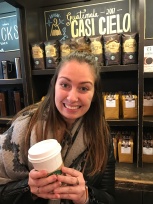 After our coffee, we went for lunch at the Hard Rock Cafe, where it was jammed with Seahawks fans watching the game. I have never seen so much team spirit from a city.

On our walk back to the hotel we stopped into a few shops, including Nordstrom Rack and Sephora, before having a quick nap.

When we woke up it was dark, and we could go back to the Space Needle. The view at night is quite pretty, but not as breathtaking as it is during the day. It is worth the extra $10, but only once. 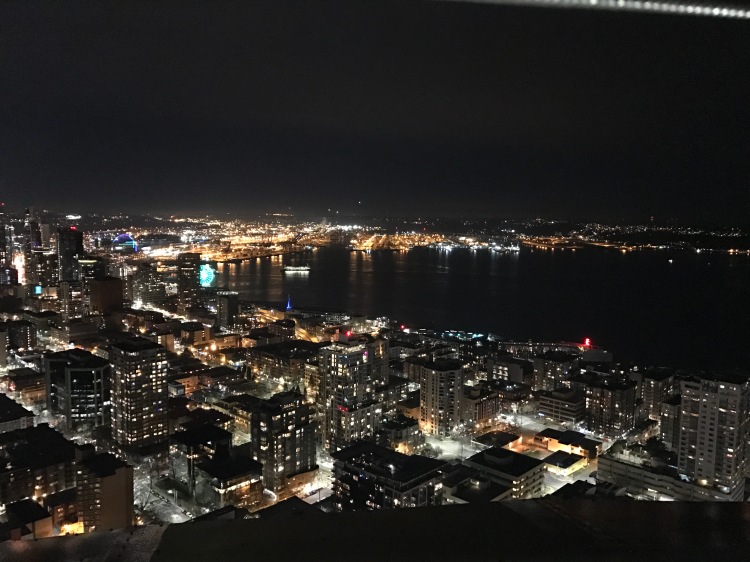 We loved the Cheesecake Factory so much, we went back again for dinner before ending our last night in Seattle.

On our last morning, Chris and I walked to Olympic Sculpture Park. The park reminded me of the Seawall in Vancouver. It is right on the water and has a path that is used by runners. 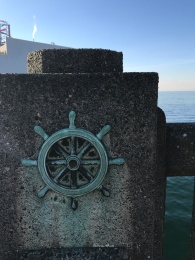 We walked around for a while before finding an independent coffee shop for breakfast before heading home.

Seattle stole a little bit of my heart. It is an incredible city and I highly recommend it.