The Honda Celebration of Light is an annual event that takes place in English Bay, Vancouver. This event is a three day competition where three different countries put on a 25 minute fireworks show in time to music. This year the competitors were the Netherlands, Australia and the USA, where Disney was putting on the show.

Unfortunately, this year I won’t be able to go to Disneyland, so this was the next best thing. Disney rarely puts on firework events outside of the parks. This Disney show was put on by the curators of the fireworks show in Disney World.

Since Disney was putting on the show, I knew it was going to be really busy. Chris and I decided to head downtown for 7 pm. We were lucky that my friends, Sarah, Cassidy and her boyfriend Ryan, arrived at English Bay an hour prior and scored a great spot on the grass, overlooking the fireworks barge. 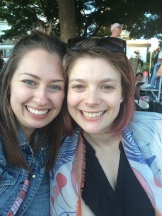 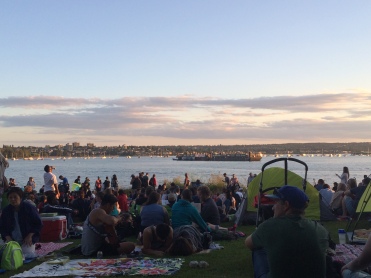 We had all brought snacks so that we could have a picnic dinner while we waited for the show. While eating meat, cheese, crackers, homemade hummus and vegetables, we listened to Disney music to get pumped up for the show. With great company and good conversation, time flew by quickly.

Our friends Amy and Aaron made it as the sun was setting, an hour before the show. We continued to drink and catch up until the fireworks started at 10 pm on the dot. 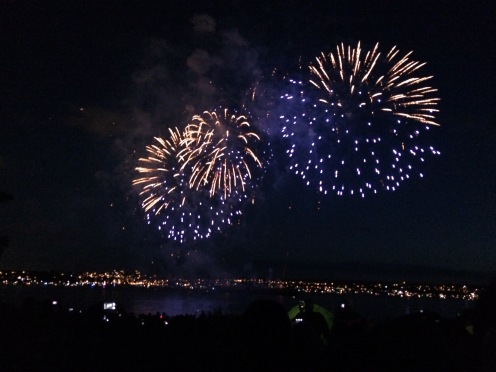 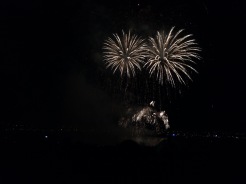 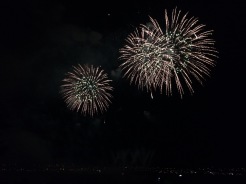 The fireworks were magical. There was a speaker behind us so we were able to hear the music that went along with the show. The Disney team chose to use songs from The Little Mermaid, Aladdin, The Lion King, Frozen, Fantasia, Pirates of the Caribbean, Star Wars and Pinocchio. We were blown away.

This show had the biggest turnout of the event’s history, with over 600,000 people showing up. It is no wonder that Disney and team USA won this year’s Honda Celebration of Light.

Trying to get back home in the crowds was not something we wanted to face right away. Chris took us all to his work where we had a private rooftop party overlooking the city while we waited for the crowds to die down. It was a good idea that we waited because as we left the rooftop, we noticed crowds still waiting to get home.