Three years ago, Chris and I became an official couple. To celebrate our anniversary we went downtown for dinner. 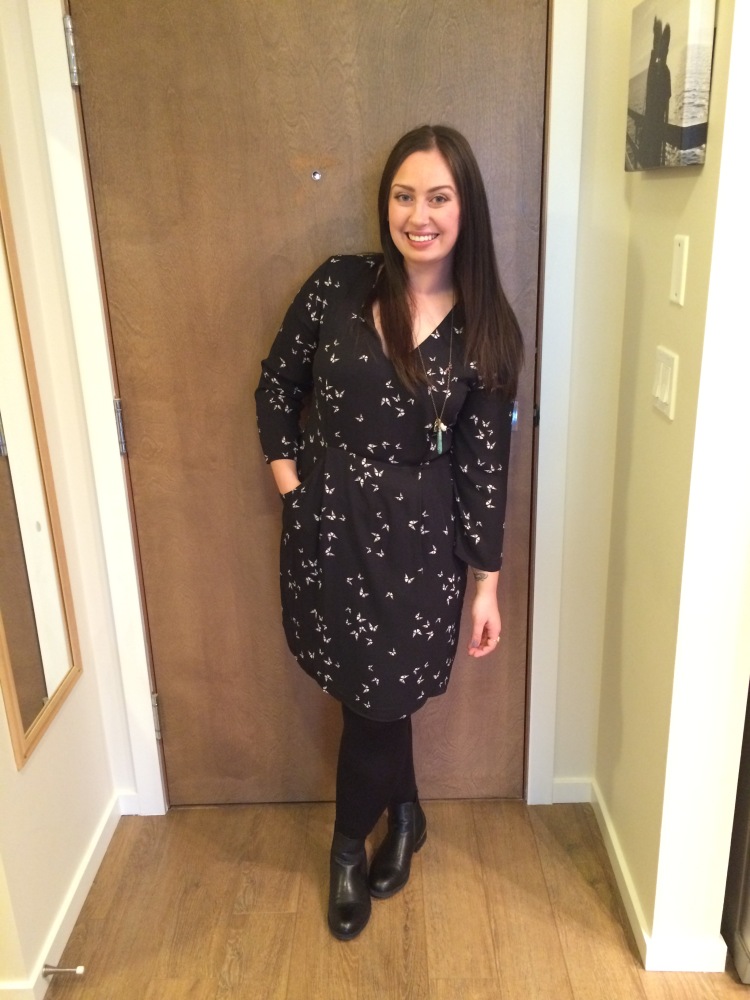 I didn’t want to be overdressed so I wore my butterfly print 3/4 length sleeve dress from Matalan with my black tights and black Primark booties.

A few weeks prior we had tried to make reservations at Steamworks Brewery in Gastown, however, they were fully booked. We thought we would chance it, having back up plans, and went in to see if we could get a table. We got lucky and got in right away. 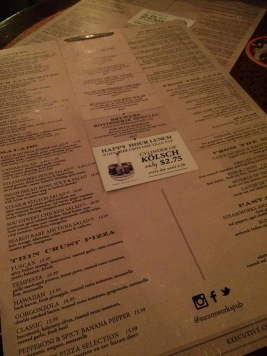 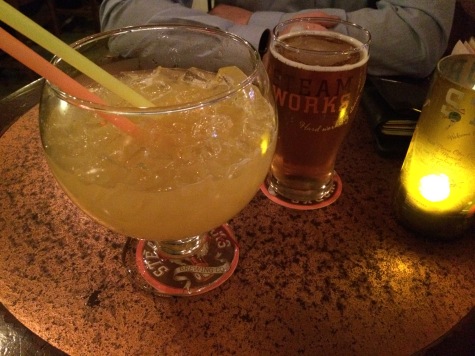 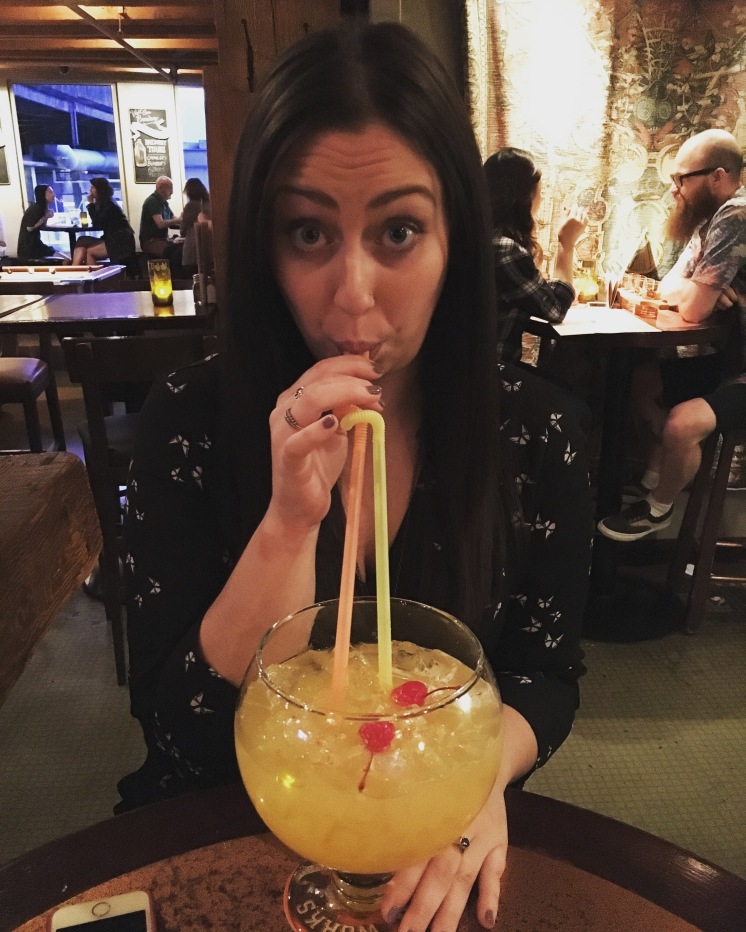 Fishbowls were on special, so I ordered a banana flavoured one, while Chris ordered a beer. We hadn’t eaten much so we ordered stuffed mushroom caps as a starter. They had cream cheese and lobster and were absolutely delicious.

For our mains, I ordered a seafood pasta and Chris ordered the chilli. It was so good, but the portions were so large I couldn’t eat everything. 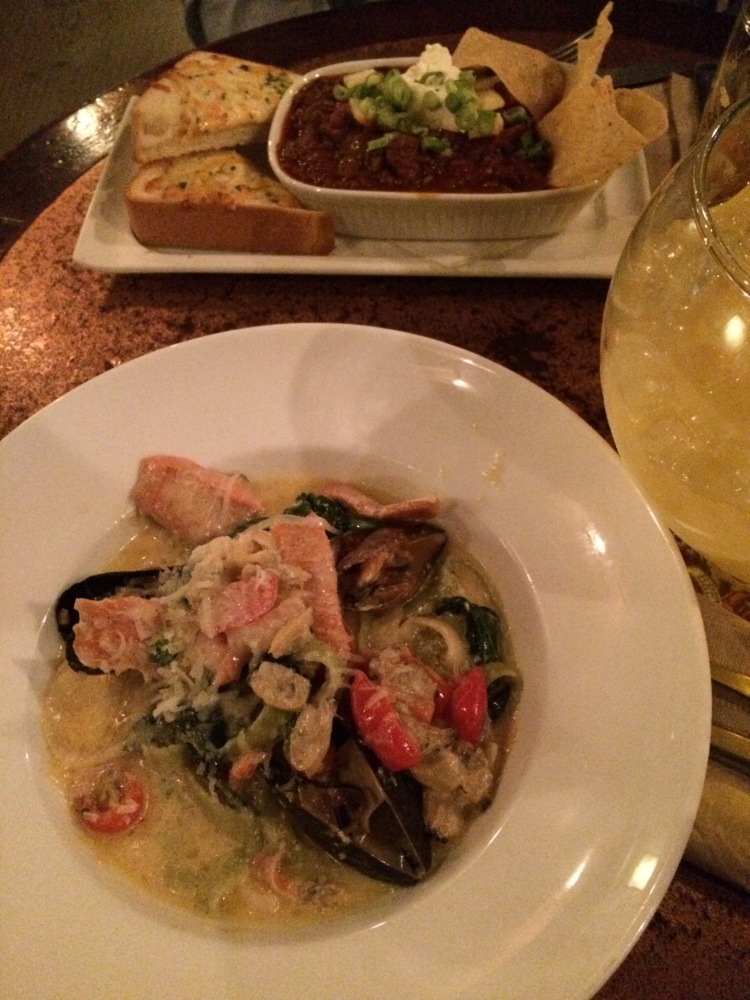 After our meals we ordered two more drinks before we went for a walk along the water. It had been a 30 degree day, so it was still warm outside. It was nice to just wander and talk together, not something we get to do very often. 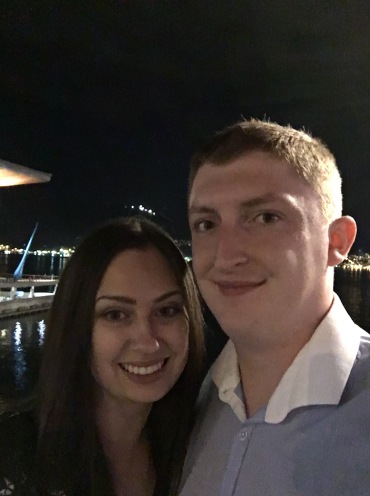 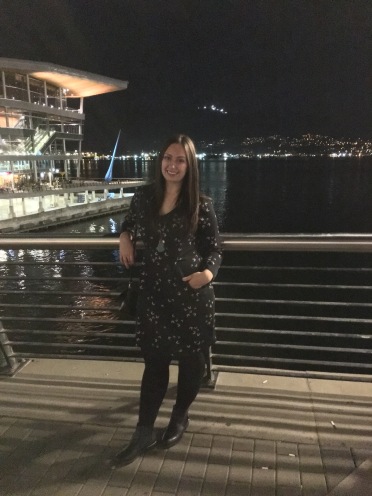