I reunited with my Uni friends for a girls night out. Anna, Abbie, Emma, Charl and I all met up in Manchester during the day to catch up and have lunch.

We met at the train station. I was the first to arrive, so I waited in a Starbucks until everyone arrived on their separate trains. Anna had missed her train so we met her at lunch.

We found a little place called Common, where we had a cocktail and lunch. I ordered an espresso martini and an avocado, chicken, bacon sandwich. We waited a long time for our food, but it was worth the wait. However, the cocktail wasn’t my favourite.

After lunch, Charl had to go to work so Abbie, Anna, Emma and I decided to do a little shopping. We picked up an iPhone charger for Abbie and a few tops for me and Emma.

Before going to work, Charl had given us her keys. We first ran into a shop to get a bottle of wine to drink while we were getting ready, then we called a taxi.

We arrived at Charl’s to find cute post-it notes all over the house, since we had never been. The four of us found her room, popped open the wine and chatted while we got ready to go out. 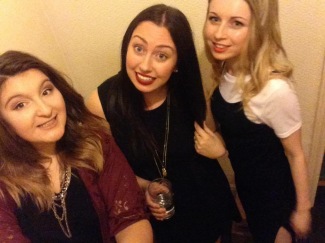 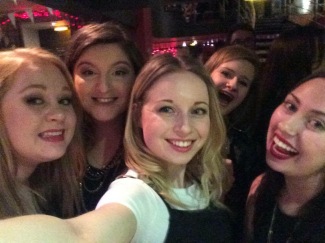 We headed out around 9 to a cocktail bar called The Font, where we met Charl. The music was good and the drinks were super cheap so we stayed here for a while.

The five of us agreed it was time to hit a club. It wasn’t far so we walked. On the way we decided to take a little ‘intermission’ at McDonalds, where we grabbed something to eat quickly. 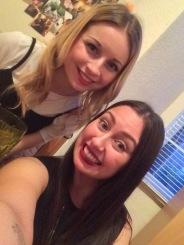 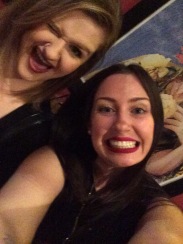 We then carried on walking to a club called 42. They played indie rock that we all sang along and danced to.

I had decided to wear my plain Brandy Melville black dress with my Steve Madden heels (similar). Usually these shoes are super comfortable, however after 4 hours of walking and dancing, my feet were KILLING me.

Emma and I decided to leave everyone at 1:30am to head back to Charl’s place. While we felt bad leaving everyone, we couldn’t dance anymore.

We headed back and went to sleep, only to get woken up at 4am by the other girls. Because we had the keys, they couldn’t get in. They came in giggling, sounding like they had a really good night.

It was nice to have a reunion with my friends but it was sad to say bye in the morning. I’m already looking forward to doing the same thing when I come back to visit next time.