Nearly every year my family and I go to Disney On Ice. Having younger siblings is sometimes a plus when you are a self proclaimed Disney fanatic. I was really excited for this year’s show because the theme was celebrate. I knew that if any show was to celebrate celebrations, Disney was the one to do it right. 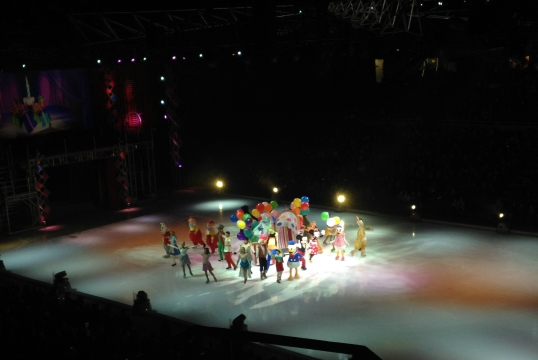 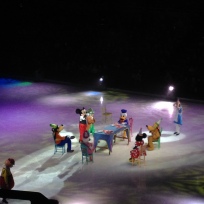 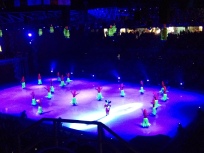 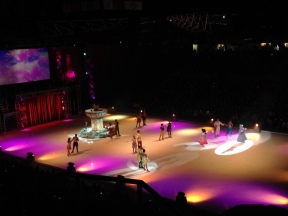 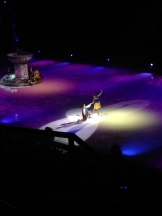 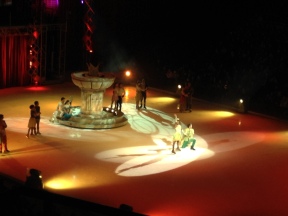 As stated before, I am a self-proclaimed Disney fanatic. When I can’t get to Disneyland, I try my best to infuse Disney into my life. For this show, I wanted to channel Minnie Mouse into my outfit, especially since she is one of my favourites. To do this, I took her iconic outfit, and put my own spin on it. I chose to wear a black blouse, with a white collar and pair it with a white and black patterned circle skirt. To add a bit of colour into my outfit, I decided to add my Minnie Mouse ears. 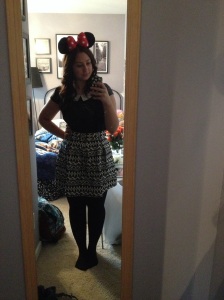 I was so excited when we got to the venue, I couldn’t wait for the show to start. As soon as it did, I was mesmerized. These shows are completely different every year, however, you usually find the same, popular characters. This year was different, and I loved it. The characters from Alice in Wonderland, The Nightmare Before Christmas, Pinocchio, Lilo and Stitch and the Jungle Book made appearances, which is very rare.  It was exciting to see that Disney was branching out from its usual characters to bring something slightly new to its audience. 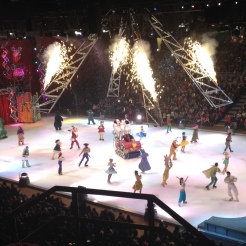 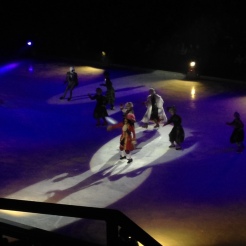 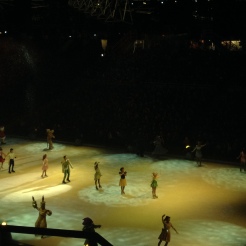 This show celebrated celebrations such as unbirthday parties, Halloween (which brought out our most favourite villains such as Cruella DeVille, Captain Hook, Maleficent, and Jafar), Valentines day (which brought in all the princesses, with even Mulan and Snow White making appearances), Summer Vacation in Hawaii, Brazil’s Carnival, Japan’s Cherry Blossom festival, Chinese New Year, Mardi Gras and, fittingly, ending with Christmas.

Throughout the show the audience, myself included, was amazed by the amount of characters as well as the variety of characters that were featured this year. However, I must say, I was quite surprised that the characters from Frozen, Tangled and Brave weren’t there at all. However, tickets for next year are already going on sale, and I am not ashamed to say, I will be buying some.