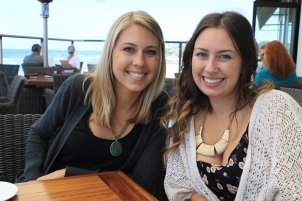 Melissa and I at brunch. 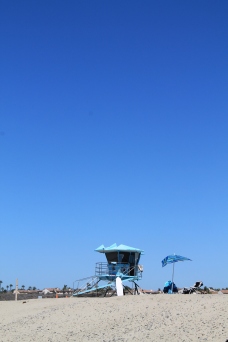 It’s that time again, off on another plane to another destination.

My birthday is tomorrow so I decided to go visit my friends, who live in California, for a birthday celebration. I met my friends, Shelby and Melissa, while I was studying abroad in England last year. Since it has been over a year since we last saw each other, I thought this was a great opportunity to get reunited!

Yesterday my mom volunteered to drive me from Vancouver to Seattle. The drive was a long one, but we made it in great time. It took about three and a half hours, including sitting in traffic.

She dropped me off at SEA-TAC, and I checked in right away. I went through security and grabbed a quick lunch. While I was waiting to board my flight, my boyfriend, Chris, kept me company via skype. Eventually it was time to get on the plane and properly start my journey.

I hate flying. It is an irrational fear I have and it gives me awful anxiety. This flight had no reason to ease my anxiety. As we set off I fell asleep right away. I was awoken by severe turbulence. It was so bad that we had to change altitudes five times. When we got out of the turbulence, I fell back asleep, still feeling a bit uneasy. Again, I was awoken by turbulence, however, this time from being stuck in a thunderstorm. It felt like a lifetime, but the 2 and a half hour flight eventually came to an end.

I landed in San Diego where my friend Shelby picked me up with her roommate Courtney. By this time it was 10pm so we headed straight back to their place. We had planned to go to bed as soon as we got home, but after being apart for over a year, we stayed up until 2am catching up.

This morning Shelby woke me up with Starbucks in hand. We then got ourselves ready to go for brunch with our friend Melissa. I chose to wear my black floral tank top paired with my purple crochet miniskirt from American Eagle. I added a chunky gold necklace from Primark and white sandals. A look previously seen on my blog. 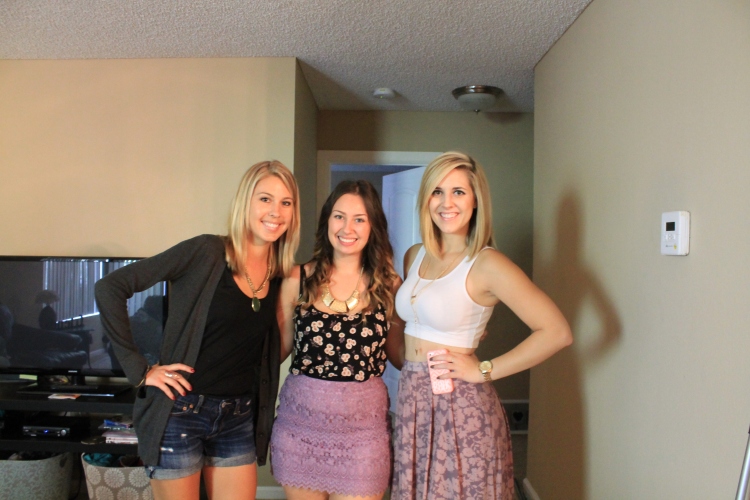 The three of us drove into Cardiff to eat at the Pacific Coast Grill. The view was incredible. We were on the patio overlooking the ocean, right on the beach. The food was nearly as good as the view. We ordered a bottle of champagne and orange juice to have mimosas. I ordered french toast with maple syrup and fruit. It was so good I could have eaten plates of it. 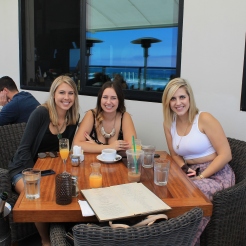 After brunch we made our way to the beach. We searched high and low for parking spot and found one front row at the beach. Since it was right at the beach, it was in the sand. Melissa tried to park in it and immediately got stuck. In a panic Melissa yelled at us saying, “girls get out and dig”. Shelby and I got out of the car and stared at the tire in shock of what was happening. Disbelief soon turned into laughter at the situation. In the end we had to push the car while Melissa tried to reverse.

We got out of the spot and quickly found a new one. Then we grabbed the beach chairs and soaked up the sun. Shelby had to work so we didn’t stay too long, but enough to get a burn. Melissa and I went back to her house and popped open some wine with her husband, Paul.

After our wine and humus, the three of us made our way to Rodrigo’s, where Shelby works, for awesome Mexican food and margaritas. I chose the award winning chicken fajitas and a strawberry margarita. The food was great! As soon as we finished we headed home to relax and get ready for the next big day.